In order to use RunSignup, your browser must accept cookies. Otherwise, you will not be able to register for races or use other functionality of the website. However, your browser doesn't appear to allow cookies by default.

If you still see this message after clicking the link, then your browser settings are likely set to not allow cookies. Please try enabling cookies. You can find instructions at https://www.whatismybrowser.com/guides/how-to-enable-cookies/auto.

We’re thrilled to share our 2022 Mission Inn Run T-Shirt design by Riverside artist Barbara Malmberg!  A graduate of Brigham Young University and University of California, Riverside, Barbara’s primary medium is watercolor, drawing inspiration from the “everyday world” around her.  Her works include several views of iconic Riverside scenes, including the Mission Inn and the Riverside Municipal Auditorium.

The 2022 Mission Inn Run T-shirt features Barbara’s piece “Mt. Rubidoux”, a water color rendition of the Peace Tower and Friendship Bridge that overlooks the city of Riverside.  In a nod to the sunrise services held atop Mt. Rubidoux for over a hundred years, the piece is accented by a hand drawn “Arts & Crafts” inspired border representing the sunrise over the mountain.

This theme was chosen to coincide with Toward Peace, the exhibition now on display at the Mission Inn Museum Main Street Gallery. This exhibition explores the peace work of Frank Miller, the parallel growth of the peace and suffrage movements and the connections between local peace movements and those on the international stage.  While the concept of peace as “more than the absence of war” developed in response to rising tensions in the early 20th century, the continuing relevance is still apparent today.  Toward Peace first opened in September 2021 and can be visited for free until September 30, 2022 at the Mission Inn Museum Main Street Gallery at 3696 Main Street.

Learn more about Barbara Malmberg and her work at http://www.barbaramalmbergwatercolors.com.  For a complete list of available artwork, please contact Barbara at barbarakmalmberg@gmail.com.  Original artwork and giclee prints are available for purchase online or at the Mission Inn Museum Store.

Learn more about the history of the Peace Tower and Friendship Bridge from Historian Glenn Wenzel: https://raincrossgazette.com/2021/12/09/the-history-of-mount-rubidouxs-peace-tower-and-bridge-is-an-homage-to-prominent-riverside-leader/

Shirt Info: These dry-tech shirts are available in both women's (V-Neck) and men's (Standard) sizes. 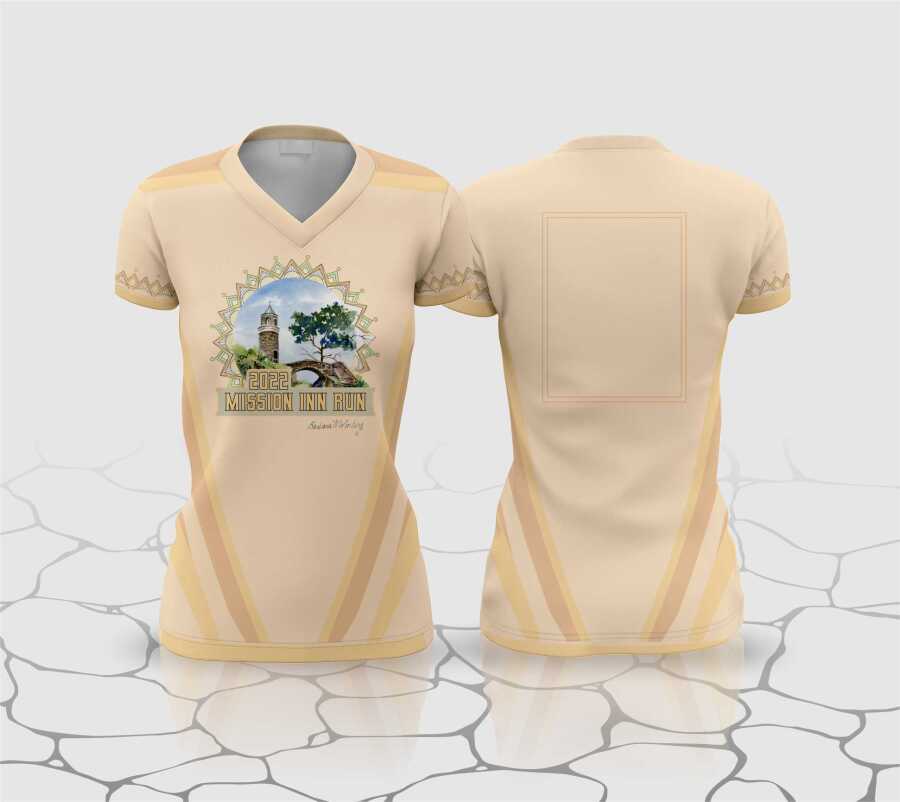 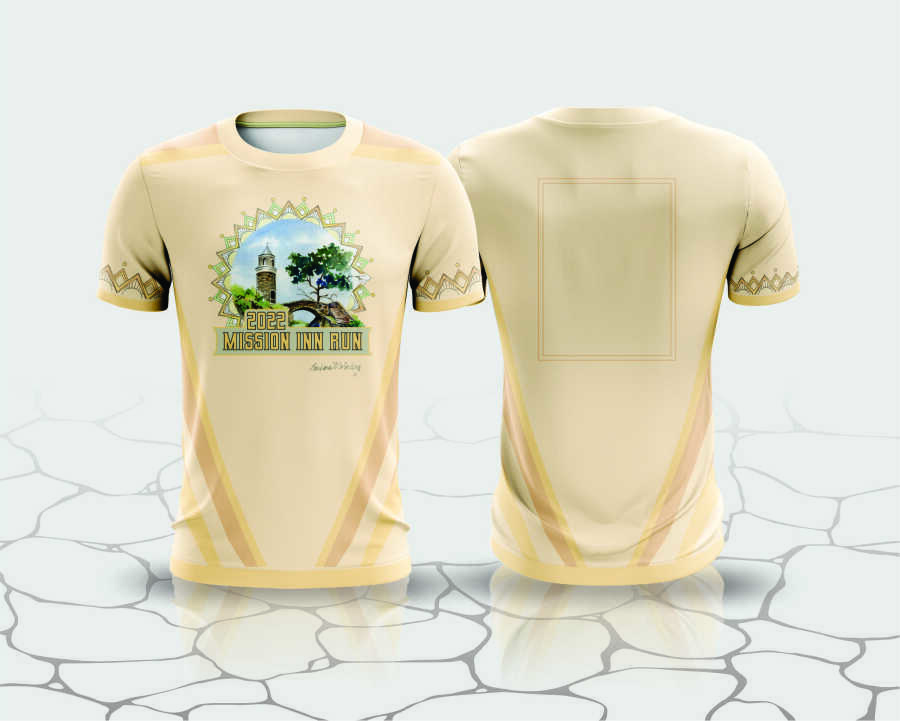 More on the Peace Tower

It was Frank Miller that had the initial vision of what Mount Rubidoux could become for Riverside. The mountain was owned by the Miller family who paved a road and trail circling the popular mount in the early 1900's. Plans at one time included a luxurious Hotel Rubidoux at its peak, but when logistics of such a hotel on a mountaintop got in the way, the area simply became a notable park in the heart of Downtown Riverside with the Serra Cross topping its greatest peak.

In June of 1925, Frank embarked on a six month tour of Asia, exploring and purchasing artifacts from Japan and China. During Frank's time away from Riverside, a committee was formed to raise funds for a stone bridge and tower on the mountain that would honor Frank’s tireless commitment to international peace and friendship among different countries and cultures. The idea was enthusiastically received and construction of this unique monument began under the supervision of architect Arthur Benton.

The practical use of the bridge was to carry foot travelers over the then automobile road with the tower at the crest of the mountain and a peace flag flying above the Riverside skyline. One massive granite boulder supplied the materials to build the stone structures. Stone carved coats of arms and names of all chief nations encircled the uppermost part of the tower, beneath of the bell chamber at the top. In the bell chamber of the tower, hung a historic Riverside fire bell that was presented by Mayor S. C. Evans as a city donation to the notable project. A bronze plaque that showcases a profile of Frank Miller reads, “Peace with Justice for all men. Anno Domini 1925. This bridge was built by neighbors and friends of Frank Augustus Miller in recognition of his constant labor in the promotion of civic beauty, community righteousness and world peace.”

Following Frank’s return to Riverside, on December 13, 1925 a dedication ceremony of the Peace Bridge and Tower took place. The well-attended ceremony had hundreds of Riversiders on the mountain with flags of many nations flying at various vantage points. Tributes were paid to Frank Miller and his work for the community, for the beloved Mt. Rubidoux, and for his greatest passion of justice for all peoples. The ceremony was a moving combination of all of Riverside’s classes and walks of life as a true commitment to unity and Frank’s great passion. On its unveiling day, the bridge and tower monument were the first of its kind to be dedicated to the “Ideal of International Peace.” Today, the Mt. Rubidoux Peace Bridge and Tower remains an iconic feature of Riverside’s mountain having graced the eastern side of the mount for a near-hundred years.

(Excerpts from The Story of Mount Rubidoux by DeWitt Hutchings)

If you continue to use this site, you consent to use all cookies.